Jacksonville, Florida, was founded in 1822 and is now the biggest city in Florida. It’s located in the Northern portion of the state, right near the coast. Like a lot of the rest of Florida, it’s a big tourist area. Things like golf, sports, and concerts have become important parts of attracting people to the area, along with entertaining the people that live there year-round.

Jacksonville is one of the most important cities in Florida thanks to its tourist draw and huge population. Thanks to this focus, it’s become an exciting place to be. Whether you’re cheering on the Jaguars, touring the Timucuan National Preserve, or watching a show at the VyStar Veterans Memorial Arena, there’s a lot of stuff to do here. 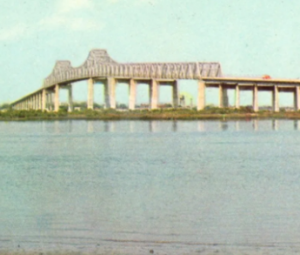 And we can help you find it. Our focus here is on comedy, and there are a ton of places to go to catch a show. Some of the bigger names that pass through Jacksonville will perform at VyStar, but much of the time you’ll want to hit up the smaller clubs and comedy cafes. The Comedy Zone, the Comedy Club of Jacksonville, the Uptown Experience, and a lot of others are leading the way with weekly or daily shows, giving you instant access to the humor and laughs you want. These are good places to start out if you’re looking for a night of fun with your friends.

Even before European settlers came across this area, the place that is now Jacksonville was a hotbed for culture. Did you know that some of the oldest Native American pottery remains were found here? They date back more than 4,500 years ago, according to some estimates. Jacksonville was a busy place even then, although it’s definitely a much different place now.

Much of Florida was originally settled by French and Spanish explorers, sometimes referred to as conquistadors because they conquered the people that they came across. Jacksonville was no different, unfortunately. It was founded as Fort Caroline by the French back in 1564. Eventually, it came under British rule because of its northern location, even though most of Florida was owned by Spain. The Timucua people that once lived here were either killed or driven away from their homes. Although this is a nasty part of U.S. history, it’s still a part of the city. Ignoring it misses a big part of the city and how it was founded. Today, Jacksonville is a much more tolerant, caring place. The many different people and cultures that you can find mixed in throughout the city are a clear testament to this fact.

Named after former President and Governor of Florida, Andrew Jackson, Jacksonville has taken on a life of its own. It has a number of major sports teams—both professional and collegiate, theater, art, music, and, of course, comedy clubs. Jacksonville is a busy city, full of things to do and see. Whatever you’re looking for in terms of culture or fun, Jacksonville is the place to find it.

So, what are you waiting for? Get out there and have some fun! But if you still need some help finding just the right activity for you and your friends, don’t worry. We’ve got you covered. Our site will help you to find the perfect nighttime activity in Jacksonville.

If you’ve never been to Jacksonville, what are you waiting for? This is the time to make plans for your trip. But if you need a little more convincing, feel free to check out our list of upcoming comedy shows and venues. You’re bound to find something that you’ll want to check out.